I6NET at next VoIP2Day 2009, the meeting point for the World of Voice and Video over IP in Spain 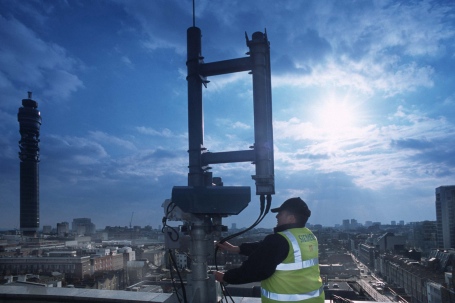 Thanks again to Christoph K. for this new article about 3G Telephony Technology

The high-level UMTS network architecture from 3GPP-R5 is described in documents from its Technical Specification Group in the figure below (Etoh).

As shown in the figure above, the UMTS core network primarily consists of a CS (Circuit-Switched) and PS (Packet-Switched) domain. Typically, the PS domain is used for end-to-end packet data applications, such as mobile Internet browsing and e-mail. On the other hand, the CS domain is intended for real-time and conversational services, such as voice and video conferencing. Circuit-switched connections are most efficient for constant, continuous data streaming by definition (Etoh). In addition to the CS and PS domains, 3GPP-R5 also specifies the IMS (IP Multimedia Subsystem).

Using the PS domain, IMS is projected to provide IP multimedia services that also satisfy real-time requirements, including those that were previously possible only in the CS domain. In this thesis, I will discuss Mobile Games over 3G Video Calling based on 3G video telephony in the CS domain (see figure above, highlighted in dark green).